In the 1980s, Professor Masashi OMORI and his team devised the formulation of Gaba tea (Gabaron in Japanese), then reputed in Japan for its benefits on lowering high blood pressure.

Professor Omori is currently President of the Tea Department at the Otsuma Women’s University in Tokyo. For the last 40 years, he has been exploring the numerous usages of tea in disciplines ranging from gastronomy to fashion.

At the occasion of Japonismes 2018, he retraces the story of Gaba tea and shares his views on the technological innovations he anticipates in the tea industry.

By the mid-1980s, you took part in the creation of Gaba tea whose benefits on lowering high blood pressure have been largely demonstrated. How did it happen?

It was first and foremost driven by economic reasons. The aim was to help tea farmers find another outlet for the crops dedicated to the manufacturing of bancha tea.

The first harvest of the year usually begins on May 2nd, which is the 88th night after the New Year. The tea harvested during that particular week is labeled ‘Tea #1’. In June, we have ‘Tea #2’, and in July, ‘Tea #3’.

August marks the beginning of the Autumn harvest. Crops of February, March and April are used to manufacture bancha, a lower quality tea. As we progress through the year, the quality of the tea leaves declines, as well as the market price.

In other words, we get the first crop of the year during the week of May 2nd, up to the following 7 – 10 days. The harvest goes on during the whole month of May, depending on the available capacities. Tea leaves tend to lose of their softness as we move forward into the season. By May 10, the tea leaves harden and are just good enough to the manufacturing of bancha, which is less profitable for tea farmers. 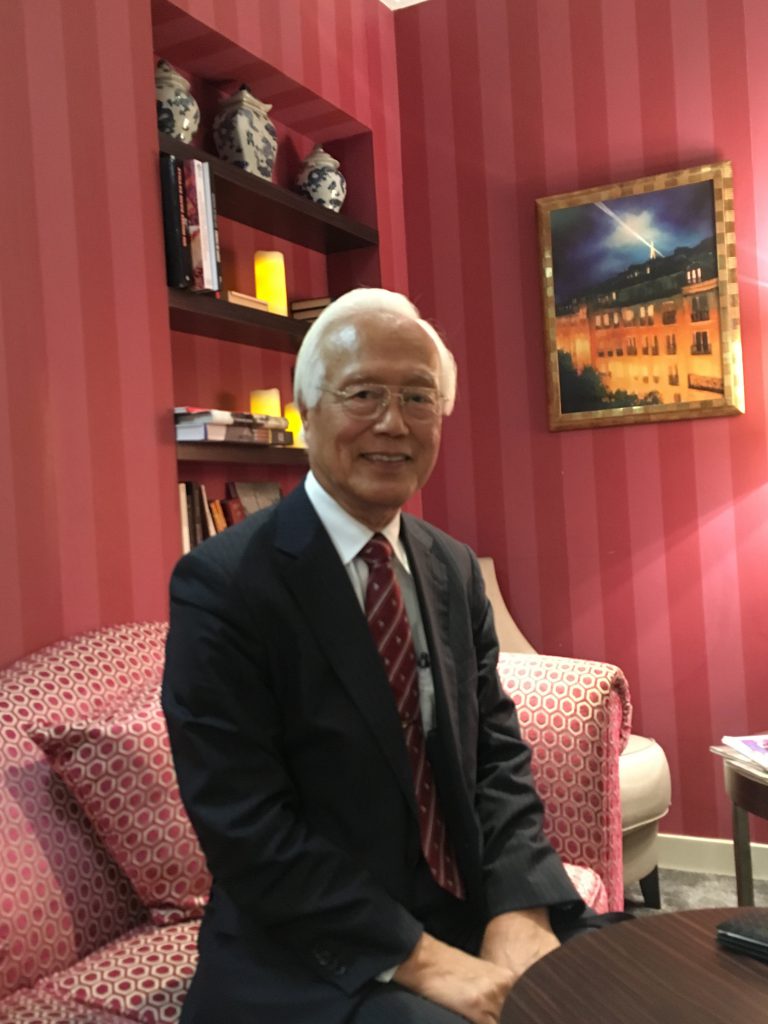 What does it imply?

From there, indeed, the question is ‘what are the possible options’? We could consider a complete harvest on May 2 and store the leaves in a place that could preserve their freshness but this would require such capabilities that it is just not feasible. This led us to examine the case of other vegetables, notably those which are preserved under nitrogen due to lengthy transits, for instance from Hokkaido to Tokyo.

We thought of using this very same technique to the tea leaves harvested from May 6, by leaving them in nitrogen for 5 hours before starting the habitual manufacturing process. I let you figure how stenchy it can be; imagine a dirty towel that would have been kept in a plastic bag for 5 hours! But we ultimately were able to enhance this issue for our tea leaves. Within 5 hours, the manufacturing cycle comes to an end for the first tea leaves, the warehouses are then available again for the treatment of those leaves kept under nitrogen.

While analyzing these tea leaves, we found out that their concentration in GABA (Gamma-Aminobutyric acid, or γ-aminobutyric acid) was 10-times higher than those manfactured normally. This was the starting point of our research.

We looked at the experimentations undertaken by Professor Stanton (USA) on how GABA could positively impact and lower hypertension. We pursued in this same direction and obtained satisfactory results on Spontaneously Hypertensive Rats. A private firm then carried out the manufacturing of Gaba tea, as well as its promotion and distribution. 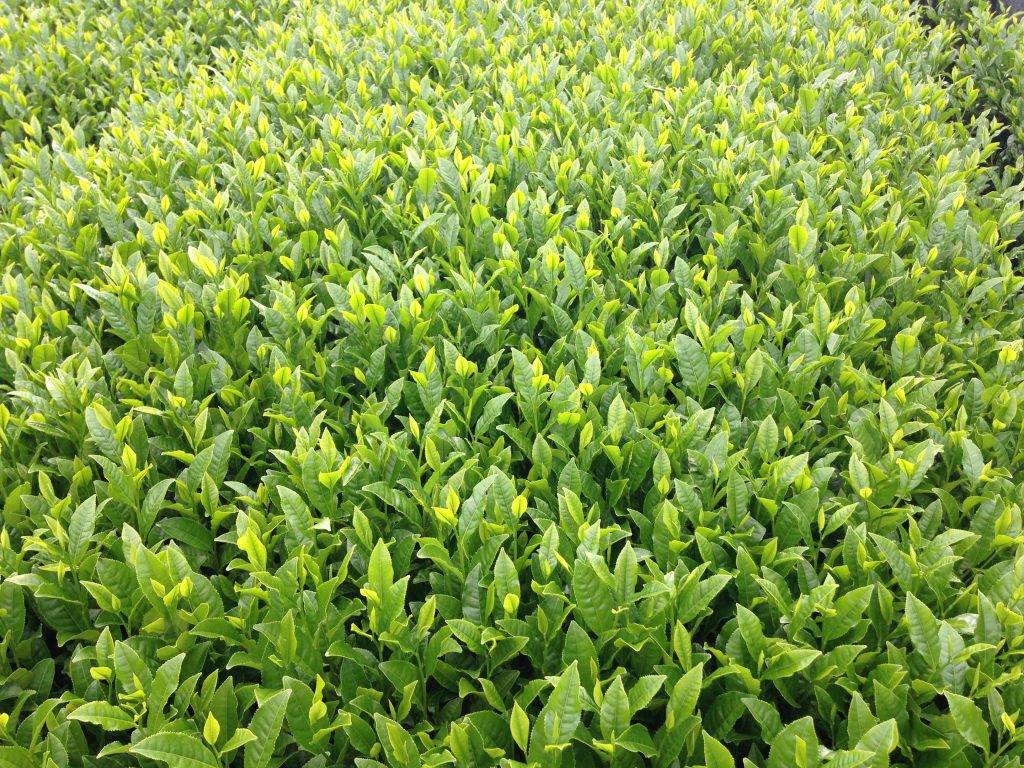 Electronic tongues and noses are among the most significant innovations in the culinary sector. What is the backdrop of this research?

In contrast to visual or auditory perception which can be measured in lux or decibel, taste and smells are highly subjective experiences. Our appreciation varies according to the surrounding: ambient temperature, our own physiological condition… A change of state induced by something as simple as a cold can affect our perception.

About ten years ago, Professor Kiyoshi Toko from the University of Kyushu devised a sort of membrane superimposed with sensors similar to those of our tongue. This membrane was able to identify and distinguish different flavors: saltiness, sweetness, bitterness, acidity and umami.

During a conference, Professor Toko explained that his device had only been tested on Japanese beers: Asahi, Sapporo, Kirin, Suntory, whose tastes are supposedly very distinct. However, a blind test showed that they were not so easy to differentiate. The electronic tongue nonetheless enables this, and with a high level of accuracy.

I then thought it would be interesting to run a test with tea.

It is said that Evian mineral water brings out the umami taste of sencha. Such a device enables to measure this flavor in gyokuyo, bancha, hojicha and black tea. 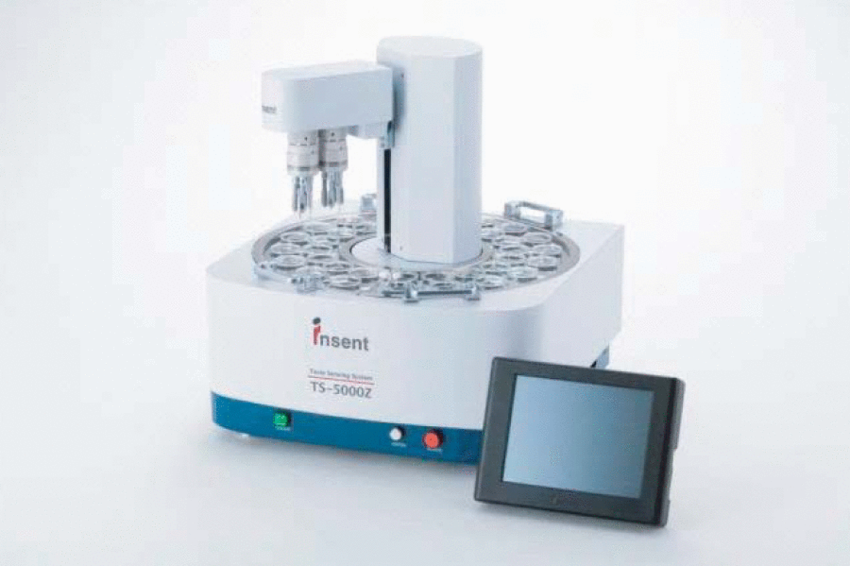 Besides scientific circles, who else makes use of these sensors?

Food and agrifood industry players show a particular interest for these machines (which are extremely onerous) because they help them maintain the quality consistency of their products.

When it comes to combining flavors, these sensors mostly contribute to better measure and compare the experimentations, rather than create new blendings.

For the sake of an experiment, I forced my students to have black tea with their tonkatsu and rice instead of green tea. They were happily surprised in spite of their initial reluctance. We could imagine conducting the same experiment with bancha, hojicha and black tea. This sensor enables to keep track and test new tastes combinations with a greater objectivity.

How is the tea sector in Japan affected by new technologies, such as artificial intelligence? As an observer of many groundbreaking feats in the research on tea, how do you see foodtech?

Artificial intelligence is mostly applied in the growing leaves phase. Climate can be subject to temperature changes in April, just before the harvests in May. With buds beginning to sprout in April, a too significant thermal amplitude can damage them, just before the first crops of the year. The ventilators that are seen across tea leaves fields are used to avoid risks of condensation. Artificial intelligence thermometers and humidity sensors activate these ventilors at the right moment.

Another area of application is the leaves picking process which is highly mechanized in Japan. These tea leaves picking machines increasingly rely on artificial intelligence. AI can also be found in other manufacturing stages which makes tea farmers’ work much easier.

AI benefits are still limited when it comes to tasting experience. A device can help us keep track of our experiences but that’s pretty much it, even if one can imagine endless possibilities.

Ultimately, deciding whether a combination of flavors is successful remains a human experience.

Looking back, what would you consider as the most significant innovations you have witnessed?

At a very personal level, I would say Gaba tea. We are proceeding to create Gaba tea with black tea which represents 80% of the 6 million tons of tea manufactured each year. Tests are being carried out in Kenya, and are being pursued in Taiwan and Sri-Lanka this year.

What dish would you recommend with Gaba tea?

Anything goes well with Gaba. Its bitterness and freshness match particularly well anything fried or cream-based.

What does tea represent for you?

Water quenches thirst after physical effort while tea appeases our heart’s yearnings and replenish it.

Interview made on December 17, 2018. Many thanks to Shinobu Morohashi for her translation. 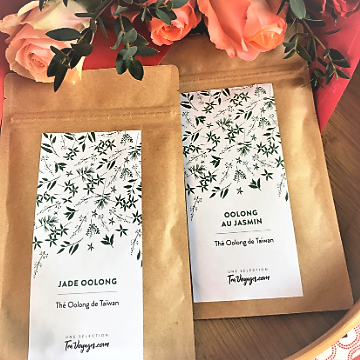